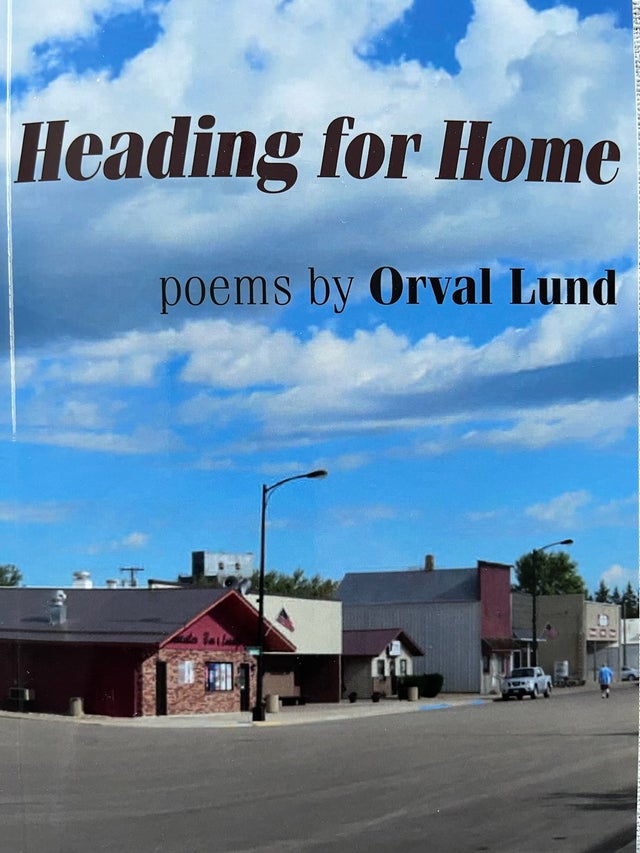 Heading for Home by Orval Lund

Often employing the persona of “Swede,” Lund meditates on the lost world of the mid-20th century rural country he grew up in, a world the majority of Minnesotans experienced before the collapse of the small family farm. It is a world almost mythic in its austere minimalism:

the tracks shining into the distance,

north to Winnipeg, south to Minneapolis

and, below the deep wide pool formed by the dam.

This is the stage set on which Swede witnesses the intimate triumphs and betrayals of small-town life. He remembers his stern grandfather, the town lawyer; he still seethes against the hypocrisy of the Lutheran pastor; he recalls school friends, and the mysteries of sex and baseball. He describes coming of age in a time that included both the country dance hall and the nuclear alert. In the course of the book, “Swede” becomes something like the representative man of his generation: he flees the small town and its limitations and small-mindedness but then looks back in sorrow and wonder. He counts his losses and gains in poems sometimes wry, sometimes metaphysical, sometimes tragic, but always beautifully pitched and accurately observed.

- Jim Armstrong, Poet Laureate of Winona, MN and author of Monument in a Summer Hat and Blue Lash.